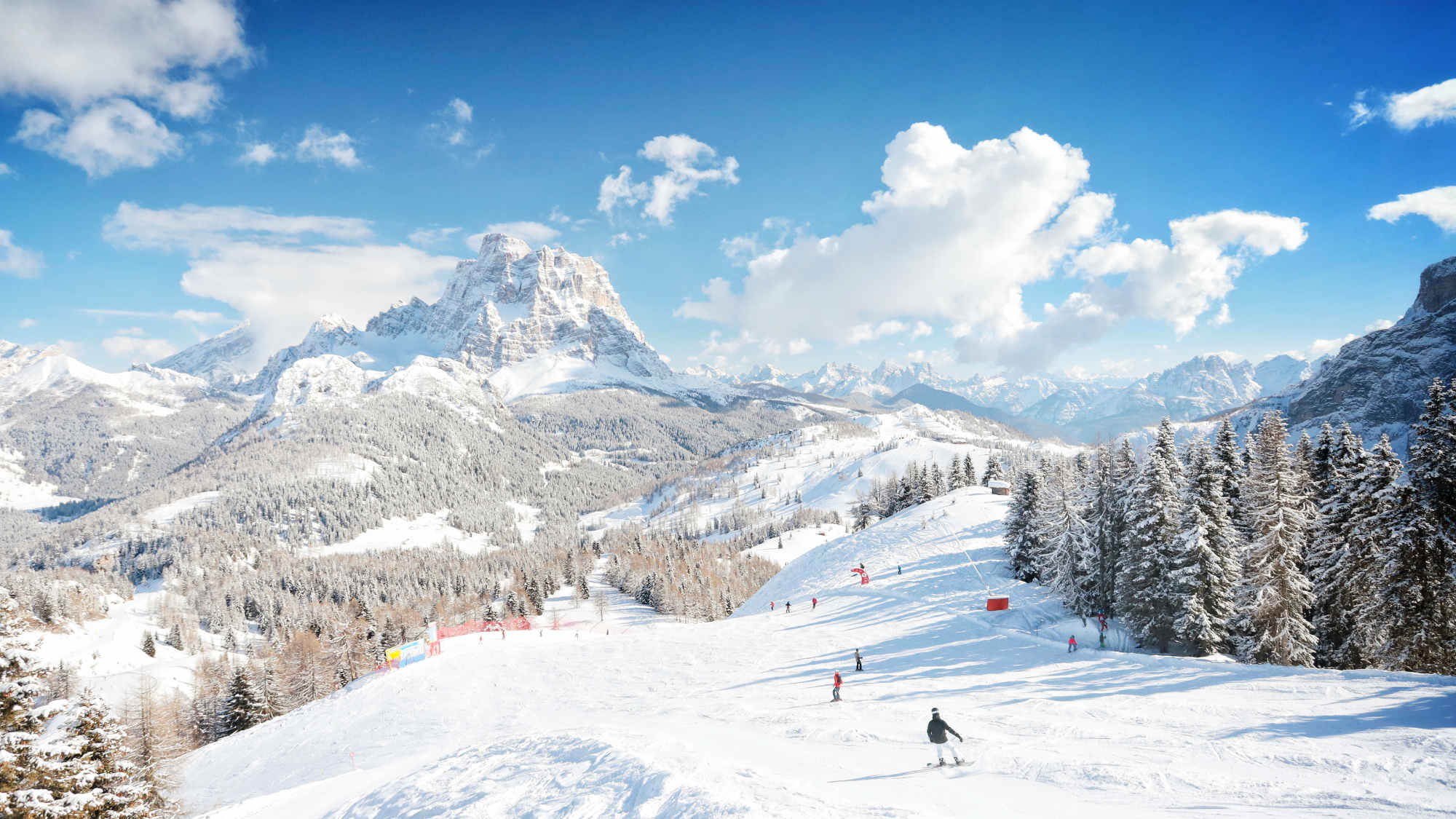 The Civetta ski area located in the heart of the Veneto Dolomites includes the resorts of Alleghe, Selva di Cadore and Val di Zoldo.

Eighty kilometres of slopes are linked by modern ski lifts which climb above pristine snowy runs, through stunning scenery and close to warm, welcoming refuges where you can catch your breath and enjoy tasty local food.  Thanks to its location, Civetta is quick and easy to reach and is truly the gateway to the Dolomites.

Not even the most demanding lovers of the mountains could ask for more: small romantic villages nestling in unspoiled scenery surrounded by the most beautiful peaks in the Dolomites, including the celebrated Civetta, kingdom of the sixth grade and a legend for anyone who loves climbing and via ferrata. Nothing can compare to the sun as it sets in the valleys, as the rocks slowly take on a red hue and it almost looks as if they are going to burst into flames…

This welcoming, peaceful setting is just the place to relax on your holidays. Kick back and enjoy the lovely weather and the stunning natural environment, as well as the many amenities available for your entertainment, like night skiing. 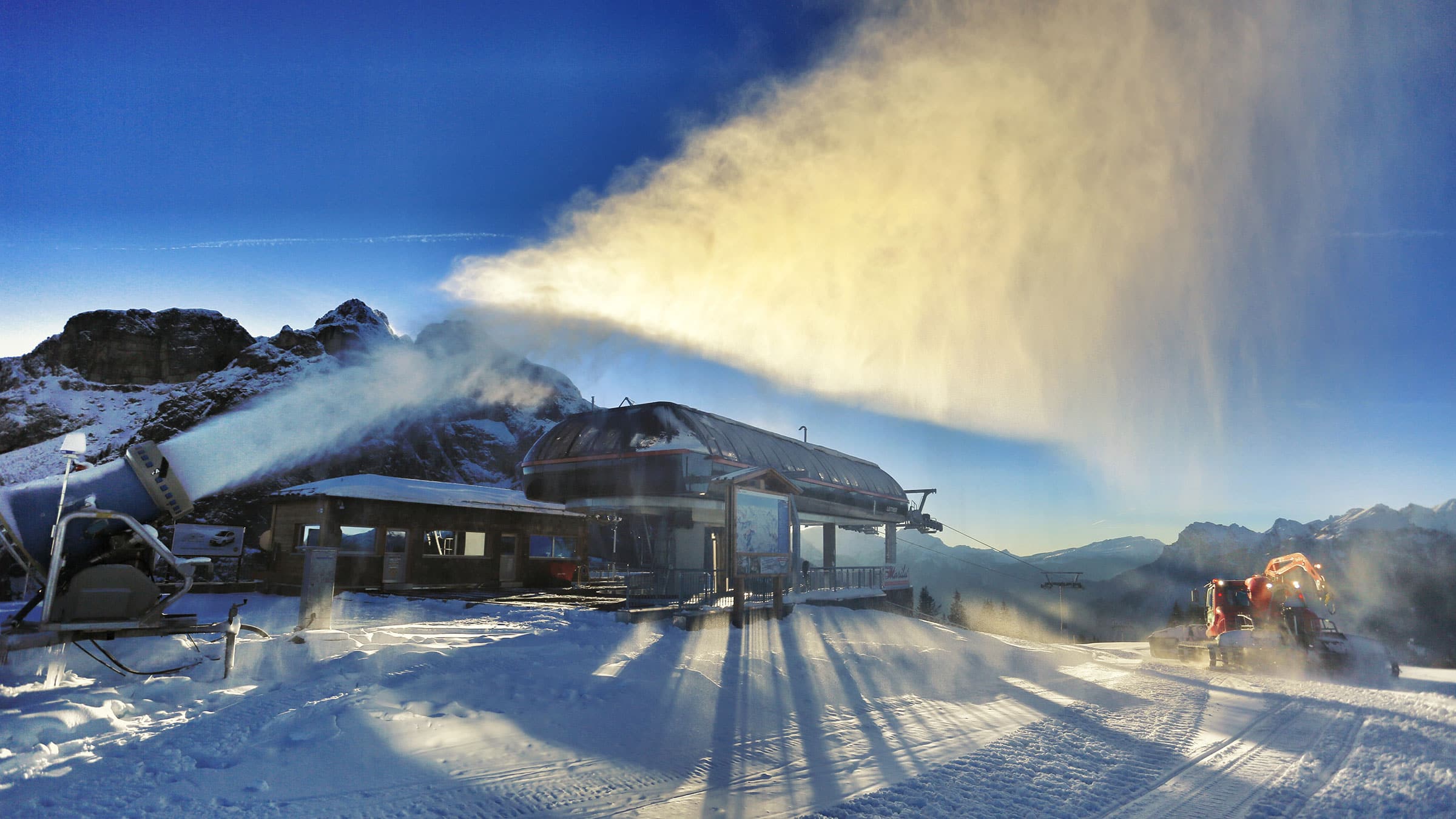 Snow is always guaranteed in the Ski Civetta ski area!

Despite its relatively low altitude of 1000 m – 2100 m, the Ski Civetta ski area is one of the areas which guarantees the most snow in the Dolomites because 98% of its slopes are covered by a modern artificial snowmaking system. In fact the season begins the last weekend of November and goes through to the first weekend of April.

The ski area is one of the snowiest in the Dolomites, with an average of 6 metres of snow every winter, and an impressive arsenal of almost 200 snow cannons ready to enter into action when necessary.

Thanks to the sun, snow and our efficient maintenance staff, our slopes are like a white carpet stretching out in front of you, ready to welcome and amaze you every day.

50%
BEGINNER
Many nursery slopes and easy runs where you can learn to ski
40%
INTERMEDIATE
A vast network of wide, fast slopes to suit everyone.
10%
EXPERT
Challenging slopes for athletes and experienced skiers.
FREESTYLE
Kicker, rails e boxes for lovers of freeskiing and snowboarding 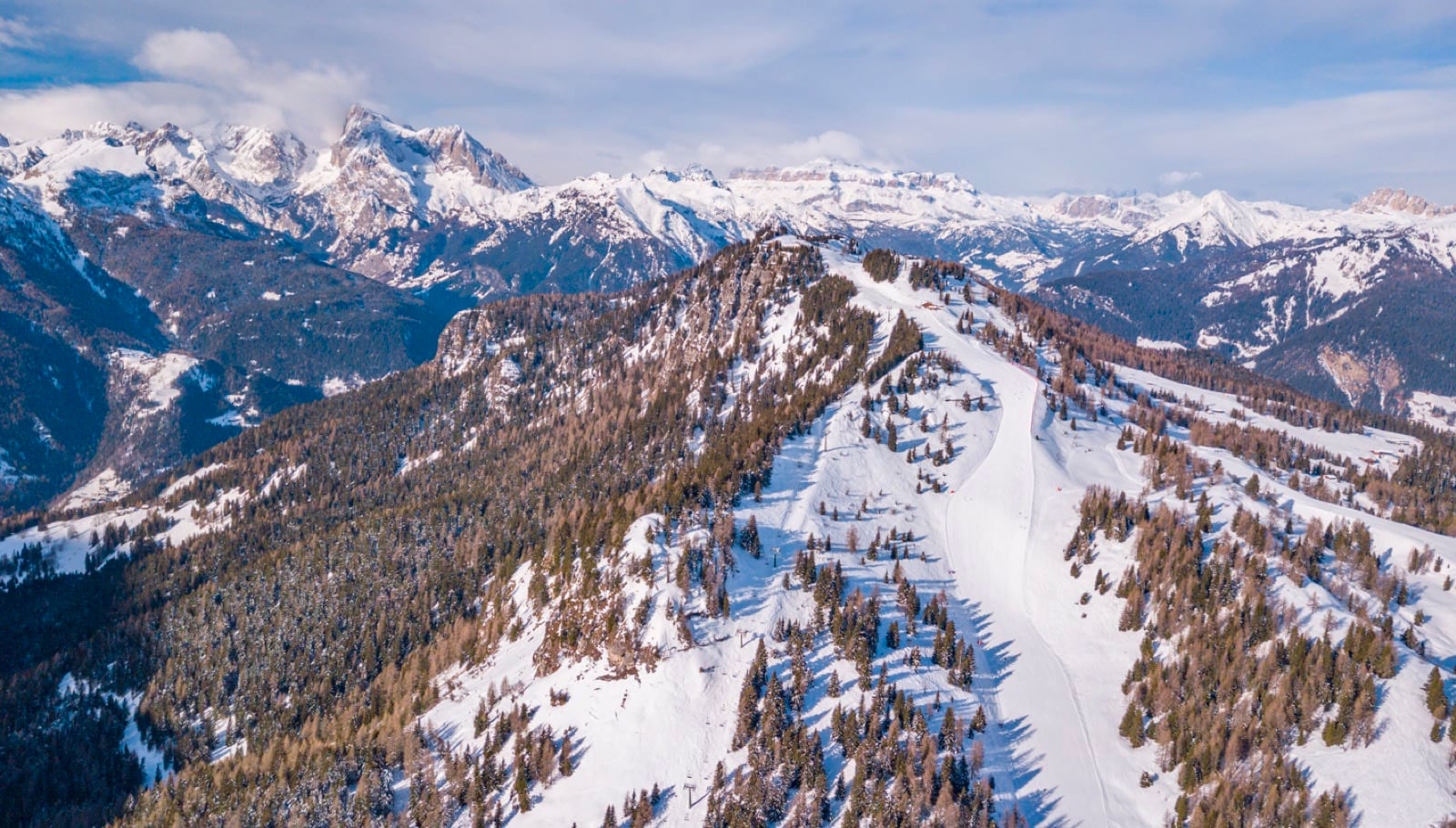 THE LONGEST RUN IN THE SKI CIVETTA SKI AREA

Some of the most beautiful runs in the Dolomites are famous for their length, their difficulty, their breathtaking scenery or because they are the theatre of famous world championship competitions.

Gran Zuita, with its spectacular view over the northwest face of Mount Civetta, is not really a slope in the strict sense of the word, but rather a legendary run which winds its way along three slopes, one after the other, starting from the highest point of the Civetta ski area, Col Fioret (2082 m) down to its lowest point, Alleghe Lake (1000 m).

The scenery is incredible: the first part of the run offers a 360° panorama over all the Dolomites with stunning views of the Sella Group, Marmolada, Tofane and Croda da Lago. After the first bend, you can almost touch Mount Pelmo it is so close; as you head down the valley, the route goes deeper and deeper into the wood until, on the Ru de Porta slope, the “Wall of Walls” appears before you in all its glory 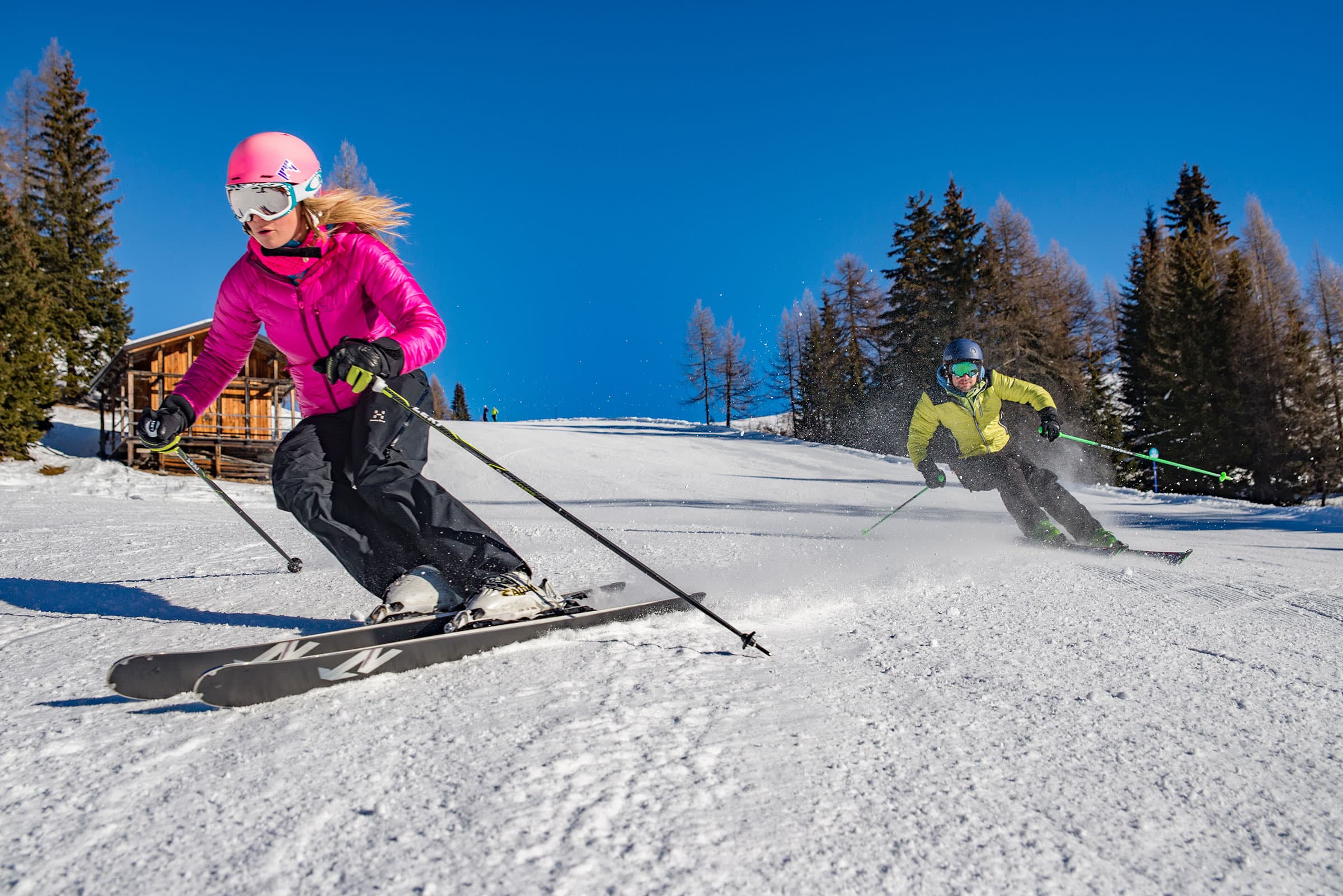 Have you ever wondered who keeps the ski lifts running so smoothly and who grooms the slopes to make your skiing holidays in the Dolomites so unforgettable?

When the snow is in short supply even on the Dolomite peaks, there’s a team who works all hours of the day and night, Sundays included, to produce it for us with cannons and lances.

Who are they? The snowmaking team! 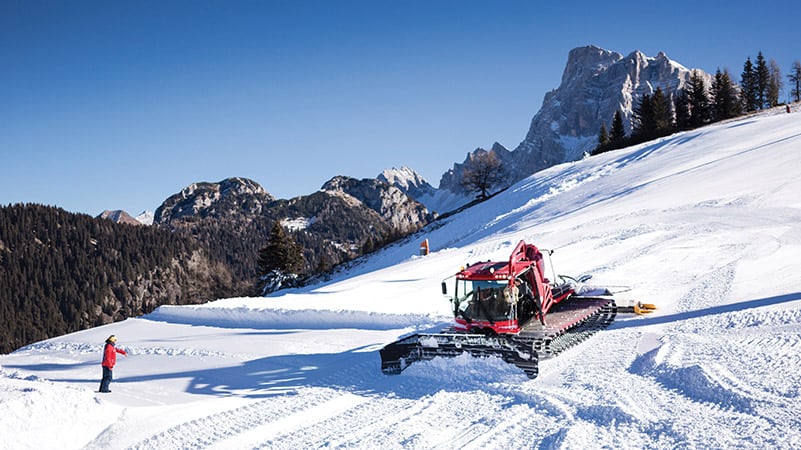